Google recently updated their Google Search Console API to allow queries to get fresh data, so that it now aligns with capabilities of the UI.

We have added this feature to our Supermetrics for Google Search Console data source, and it has been added as the default behavior. This means finally we should be showing current data for today and yesterday, which was not possible before and led to confusion when comparing the API data to the UI data (which was fresh).

We also added a setting to allow users to go back to the finalized data setup we were using before. Checking the option to "Include only finalized results" means that the query only will report data that has been finalized in the Google Search Console system, and current data for today, yesterday, etc., will not be present.

Google Sheets version of the setting: 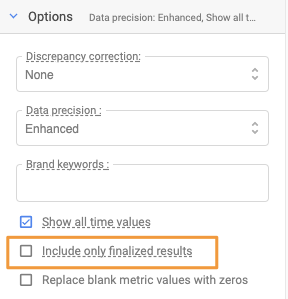 Excel version of the setting: 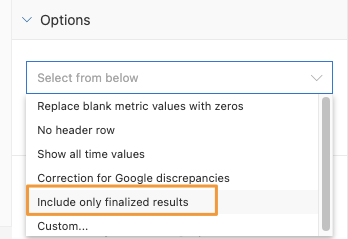